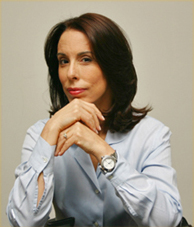 Roberta Ashkin has been in the forefront of personal injury/tort litigation since the early 1980's with the onset of litigation on behalf of DES victims exposed in-utero to this dangerous pharmaceutical agent. In her 40 year career she has successfully litigated untold numbers of cases in the medical malpractice, consumer product and pharmaceutical liability fields representing victims of medical errors in hospitals, physician offices and nursing home settings and countless other individuals exposed to dangerous pharmaceutical drugs and devices including Vioxx and Bextra, Serzone, Accutane, Latex Gloves, oral contraceptives, hormone replacement medications (HRT) Viagara, the Dalkon Shield and Copper Seven devices, Guidant Stents and others. She has also devoted her time to representing thousands of workers and their families exposed to Asbestos and a number of other toxic and chemical agents in the home and workplace including benzene, radiation, organic solvents, carbon dioxide and cancer-producing agents contaminating these environments.

She also has extensive experience litigating commercial and real estate matters in the New York Supreme Court. Over the past ten years the firm has expanded its practice to include to real estate and transactional matters with a concentration on commercial and residential leases and sales. She has substantial knowledge and training in distressed property foreclosures and sales and has by judicial appointment served as Receiver in pending foreclosure proceedings in the fiscal oversight and and management of commercial enterprises, multiple dwellings and distressed hotels.

Roberta received her undergraduate degree, Magna Cum Laude, Phi Beta Kappa from Hofstra University. A 1978 graduate of St. John's University School of Law, she initially began her legal career as an editor of Moore's Federal Practice before joining the defense medical malpractice litigation bar. Soon recognizing her true calling she became associated with some of the stalwarts in the plaintiffs' bar among them the legendary Harry Lipsig and later, Alfred Julien, as managing attorney of his high profile national plaintiff's tort practice; as a partner of Trolman Glaser Corley and Lichtman, where she headed up its medical malpractice department, and as the resident partner in the New York office of the nationally renowned Dallas-based firm of Baron & Budd, before launching her own firm.

Her prominence in the New York Bar has resulted in her association in an "Of Counsel" position to a number of well known and prestigious national firms, among them the Levin Papantonio firm based in Pensacola, Florida where she interfaced on a number of existing and developing mass tort projects, among them, the pharmaceuticals PPA and Serzone; the Philadelphia, Pennsylvania firm of Kline and Specter, for which she served as local counsel in its Serzone litigation; the Montgomery, Alabama law firm of Beasley, Allen, Crow, Methin, Portis & Miles for which she served as local counsel in its Serzone, Hormone Replacement Therapy, Bextra and Celebrex litigations; the Cohen, Milstein, Hausfeld and Toll firm of Washington, D.C., with which she served as co-counsel in its Hormone Replacement Litigation in New York;“ The esteemed Charleston, West Virginia firm, The Calwell Practice, for which she served as Of Counsel and managed the firm’s New York -based litigation.