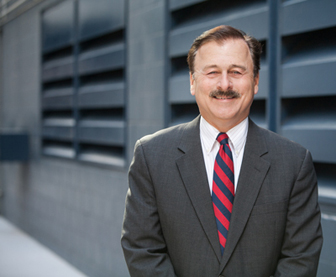 Monty A. McIntyre is a civil trial lawyer who has been licensed in California since 1980. He has been a member of the American Board of Trial Advocates (ABOTA) since 1995[1].

Mr. McIntyre is a leader in the local and national legal community. He currently serves as a member of the National Board of Directors of ABOTA. He served as the President of the San Diego Chapter of the American Board of Trial Advocates (ABOTA) in 2014, and the San Diego County Bar Association in 2002. From 2005 to 2012, Mr. McIntyre was a delegate in the American Bar Association House of Delegates. From 2006-2010, he served as a member of the ABA Standing Committee on Judicial Independence. From 2003-2006, Mr. McIntyre was a member of the Executive Council of the National Conference of Bar Presidents.

During his career Mr. McIntyre has represented both plaintiffs and defendants in a wide variety of civil cases including those areas listed above, as well as bankruptcy, CEQA, hospital staff privileges, land use, medical malpractice, medical licensing, and nursing licensing.

Mr. McIntyre has tried to conclusion more than 100 cases, including numerous civil jury trials. He has obtained more than $50 million in settlements and verdicts for plaintiff clients, and has obtained numerous defense verdicts, summary judgments and favorable defense settlements for defendant clients. If his schedule permits, Mr. McIntyre will consider coming into a case as lead trial counsel before the trial.

Mr. McIntyre has extensive experience serving as a mediator, arbitrator and referee with ADR Services, Inc. He has mediated more than 1,000 cases.

Business and Complex Litigation
◦ Obtained a unanimous jury verdict (12-0) for his business defense clients in a business fraud case where the plaintiff asked the jury to award over $12 million in damages. Later obtained a judge verdict for his defense clients on the remaining equitable issues where the plaintiff asked the judge to award over $13 million in damages.
◦ Represented a management company as the plaintiff in a federal business litigation and Indian law case. Negotiated a $2.68 million stipulated judgment while awaiting the United States Supreme Court’s decision regarding certiorari.
◦ Obtained a unanimous jury verdict (12-0) for his business defense client in a promissory fraud case where plaintiff sought over $1 million in damages
◦ Obtained a unanimous jury verdict (12-0) for his business plaintiff client, and payment in full of a judgment of $267,080.66, in a breach of oral contract case arising from the purchase of ten percent (10%) of a forty percent (40%) membership interest in a limited liability company
◦ Successfully defended a Fortune 500 company in a case alleging fraud and mismanagement in the operation of an ambulatory surgery center.
◦ Represented a major pharmaceutical company as the plaintiff in a construction case involving failed exterior metal panels. Successfully obtained a settlement of over $1.3 million.
◦ Defended a major league baseball player against claims of sexual abuse. Successfully arranged a pre-lawsuit deposition of the plaintiff, and a pre-lawsuit mediation where the case was settled confidentially.
◦ Successfully defended a British online retail company against claims including breach of contract and fraud arising from the purchase of a music inspired clothing company that had been created by one of the founders of the band Blink 182.
◦ Successfully defended directors and officers of two California corporations from claims of fraud, mismanagement and breach of fiduciary duty made by minority shareholders.
◦ Defended a multi-million dollar public works contracting corporation from claims by a person alleging they owned a ten percent (10%) shareholder interest in the company.
◦ Defended a general contractor from catastrophic tort claims by a plaintiff who suffered a double amputation.
◦ Represented plaintiffs and defendants in corporate, partnership, and limited liability company disputes among shareholders, partners and members.

Land Use Litigation
◦ Successfully represented developers and business entities in CEQA and land use litigation.

[1] To be qualify to be considered for admission into ABOTA in 1995, applicants had to have tried 20 or more civil jury trials as lead trial counsel.