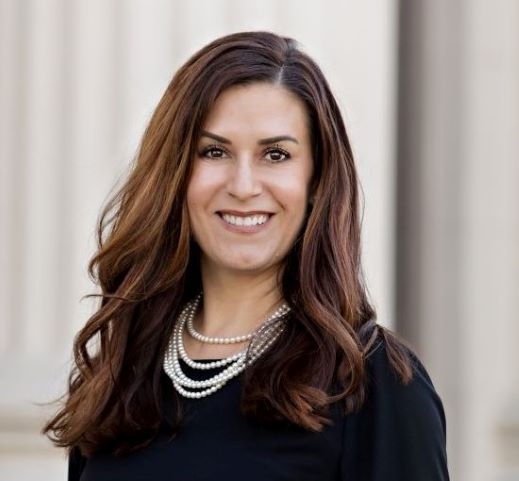 Monica Burneikis was born in San Jose, California in 1978 and received her Bachelors of Arts degree in Political Science from San Jose State University in 2001.  Ms. Burneikis went on to attend Santa Clara University School of Law on a Dean's Fellowship Scholarship and obtained her Juris Doctor in 2005.

In 2005, Ms. Burneikis began her practice at Sheuerman, Martini & Tabari, a respected medical malpractice defense firm in San Jose.  In 2007, she moved to one of the largest law firm in San Jose, Hoge, Fenton, Jones & Appel, where she initially handled a variety of legal cases.  Ms Burneikis quickly discovered her passion for representing victims of injury and became one of Hoge Fenton's few plaintiffs' personal injury attorneys.  In 2012, Ms. Burneikis moved her practice to San Francisco and joined Meisel & Krentsa, a firm that exclusively practices personal injury.  Ms. Burneikis became a named partner at Meisel, Krentsa & Burneikis in 2015.  In 2020, Ms. Burneikis made the decision to leave her firm and open her own practice, becoming the Founder and Lead Trial Counsel at Burneikis Law.

Ms. Burneikis' practice is dedicated to representing victims who have been injured at the hands of others. She is experienced in all aspects of civil litigation and has extensive trial experience. Ms. Burneikis has achieved several multi-million-dollar results for her clients and takes pride in providing outstanding service and achieving the best possible outcome for all of her clients.

In 2020, Ms. Burneikis was named one of America's Top 100 Personal Injury Attorneys.

In 2018, Ms. Burneikis was the only female finalist for the San Francisco Trial Lawyers Association's Trial Lawyer of the Year Award.

In 2014, 2015, 2016, 2017 and 2018, Ms. Burneikis was selected to the Northern California Super Lawyer Rising Stars list. Being named a “Super Lawyer” is an honor reserved for those lawyers who exhibit excellence in their practice. Super Lawyers are selected using a patented multiphase selection process. In order to be considered, a lawyer must be nominated by their peers. After the nomination is received, the candidate is evaluated on twelve indicators of peer recognition and professional achievement. The final published list of Rising Stars represents no more than 2.5% of lawyers in the state.

In 2014, Ms. Burneikis was granted lifetime membership into the Million Dollar Advocates Forum. The Million Dollar Advocates Forum is one of the most prestigious groups of trial lawyers in the United States. Membership includes many of the top trial lawyers in the country and requires the attorney to have demonstrated an ability to accomplish superior results in complex cases. Membership is based on strict objective qualifications and is limited to attorneys who have won million-dollar verdicts and settlements. Fewer than 1% of U.S. Lawyers are granted membership into this esteemed organization.

In 2011, Ms. Burneikis served as the President of the Santa Clara County Trial Lawyers Association.  She also served on the Board of Governors for that organization between 2009 and 2011.  Ms. Burneikis was previously actively involved in the Santa Clara County Bar Association as well, serving on the Judiciary Committee, the Board of Trustees, and as chair of both the Lawyer Referral Committee and the Civil Practice Committee.

Ms. Burneikis is admitted to practice law before all courts in California and the United States District Court for the Northern District of California.