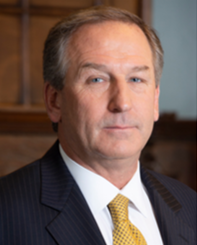 As founder of the firm, Michael effortlessly combines accessibility, experience, negotiation, collaboration, and compassion to achieve results. And he has named partners to the firm who value and demonstrate these tenets as well. He is the rare attorney who excels in both civil litigation and criminal defense. Known for his unwavering commitment to serving as the voice of the victim and advocate for the accused, he has established his reputation by winning multimillion-dollar jury verdicts in State and Federal Courts, as well as winning major criminal trials.

His record of success in both civil and criminal courts includes acquittals in high-profile criminal cases and numerous seven-figure and eight-figure awards for victims. He has saved many corporations from unfair and oppressive government regulation and has won out-right victories for small companies and owners embroiled in complex corporate litigation.

Highlights of his nearly three decades of legal excellence include:

· A $31.5 million judgment for a client who was rendered paraplegic in a motor crash

· A $10 million settlement for child run over by a tractor-trailer, also involving work with the U.S. Department of Immigration

· A $10 million judgment for an injured bicyclist

· A $4.8 million judgment for an injured bicyclist

· A $4.25 million jury verdict in Federal Court for a man rendered tetraplegic in a crash with a tractor-trailer

· A $3.25 million jury verdict for a nurse who suffered a mild traumatic brain injury when a dump truck crashed into her

· A $1.65 million settlement for a man injured in a car crash

· $1.4 million recovered for the widow of a pharmaceutical executive killed in a high-speed motorcycle crash

· A $1.375 million settlement for a 24-year-old man who sustained a head injury after the car in which he was riding in was hit by a SEPTA bus

· A $1.35 million settlement benefiting a young prize fighter hit by a drunk driver

· Dismissal of a Federal antitrust suit for a corporate client

· Representation of John Parker and The National AIDS Brigade in their fight to legalize the use of clean hypodermic needles Illinois to combat the spread of the virus. This landmark case, known as The Chicago Needle Trials, helped change state law in Illinois.

· Not guilty verdicts in drug trafficking and DUI cases

· Successful jury trials for those subjected to police brutality

Always a serious student, Michael graduated from Choate Rosemary Hall in 1981 and earned a BA in political science from Ohio Wesleyan in 1985. He earned his first law degree, a J.D. from Quinnipiac School of Law in 1988. He is a 1992 graduate of the National Criminal Defense College and earned an LLM in Trial Advocacy with highest honors from Temple University School of Law in 1995. Michael has been named to the Pennsylvania Super Lawyers list for thirteen consecutive years and often serves as an independent legal expert for print and television news media.

A resident of Chester County, Michael and his wife Marion have two daughters.