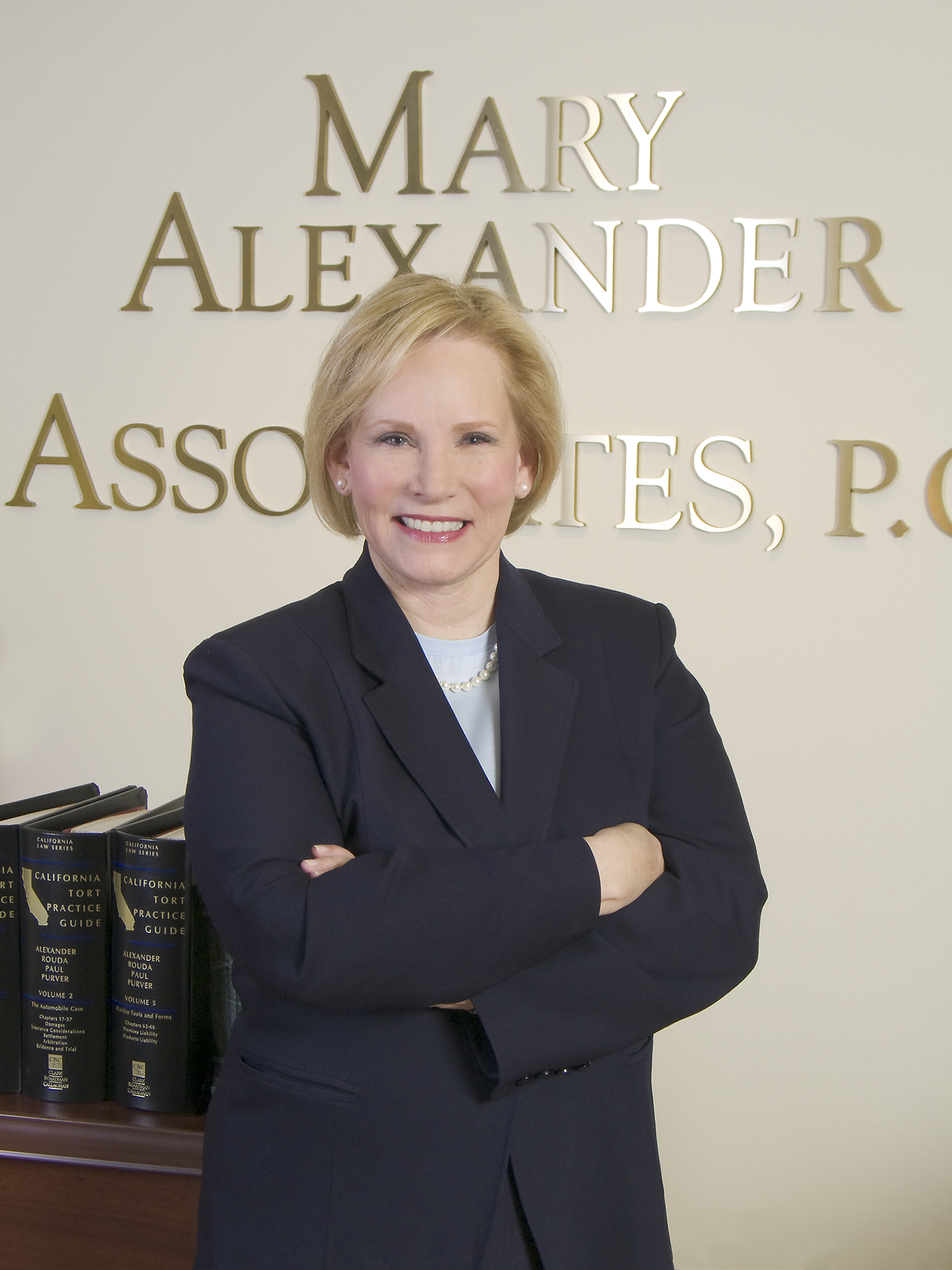 Widely recognized as one of San Francisco’s top personal injury attorneys, Mary Alexander established her stellar reputation in the legal community after obtaining some of the largest and highest profile verdicts and settlements in the state of California over the course of her career.

She earned a national reputation for her work protecting consumer rights, and her dedication to her clients has won her numerous awards from attorneys, clients, legal publications and others.

Ms. Alexander is a Past-President of both the Association of Trial Lawyers of America and Consumer Attorneys of California, and her lobbying work for consumer rights is matched only by her success on behalf of her clients.

RESULTS
Mary has built a notable record of success, both before juries and at the negotiation table. Some of the highlights include:

But it’s not just the results that have made Mary one of California’s most sought-after trial attorneys. It’s also a unique combination of capabilities and compassion that few lawyers can bring to their cases – or their clients. A scientist before she studied law, Mary leverages her technical background in every matter she takes on, and is well known for her ability to explain complicated theories to juries – and for using high-tech courtroom exhibits that help make difficult points easy to comprehend. She’s taken on cases other lawyers won’t, or can’t – such as child sex abuse cases – and assisted clients from all walks of life. Because someone who has been harmed is someone who should be helped.

Along the way, Mary, a graduate of Santa Clara University Law School, has been recognized repeatedly by her peers, and the press, for her work. Her awards and honors include: