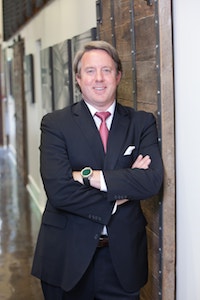 Josh is a regular guest on talk shows and local television in the State of Alabama. He has hosted a weekly television talk show for four (4) years on Sunday nights on NBC13 called The Attorneys. Information about that show can be found at the following link. Josh is also a guest host on NBC13's Daytime Alabama each Friday afternoon. He has appeared on CBS42 to answer legal questions related to potential football ticket forgery, and answered questions on Cocaine Federal Sentencing Guideline changes. Josh has appeared on LawCall on WBRC Fox6 regarding Alcohol Liability, and Josh also appeared as a legal expert on CBS 42 for a show called "After the Storm" -- discussing various legal topics relevant to tornadoes in Alabama. Mr. Wright was also featured in the Alumni Spotlight of the April 2011 edition of Tiger Tales, an Auburn University publication. Click here to view Josh's Auburn story.

Mr. Wright received a Bachelor of Science degree in Economics from Auburn University in Auburn, Alabama. While at Auburn, Mr. Wright was selected as a member of the Spade Honor Society and served as President of the Interfraternity Council.

After the Storm: Insurance Tips for Tornado Victims. Host on CBS Channel 42, Sunday May 1, 2011, to discuss various legal issues pertaining to storm victims. A link to the show can be found here.

"Got Beer?" How Alcohol Providers Better Ask "Have You Had Too Much?" Presented at Alabama Association for Justice 2010 Mid-Winter Seminar, Birmingham, Alabama, January 2010

Alabama Alcohol Beverage Control Board of Directors (January 2009 Board Meeting). Mr. Wright lobbied the Board for stricter rules and regulations - requiring bars, restaurants and convenience stores across the State of Alabama to obtain more insurance -- that would protect Alabama citizens from drunk drivers. His work changed two Alabama ABC regulations in January 2010, including the elimination of "eroding" limits (i.e., allowed defendants to bill their costs of defense against the insurance available to a drunk driving victim), and requiring insurance companies to notify the ABC Board if they plan to cancel liquor liability insurance for non-payment of premiums.

Mr. Wright is a member of the Alabama State Bar and the Alabama Association for Justice, formerly known as the Alabama Trial Lawyers' Association. In June 2015, Josh was elected as the 60th President of ALAJ, and will serve in that capacity until June 2016. Prior to being elected as its President, Josh served as the President Elect and Vice President. Josh was elected in 2010 to the Board of Directors of the Alabama Civil Justice Foundation (ACJF), and was elected as President for that group in June 2014. The ACJF manages and directs state trust account IOLTA monies to various charitable organizations serving disadvantaged, disabled and at risk families and children. Josh served as the president until June 2015.

Wife Natalie; Son Paulson; Daughter Lillie; Son Parker. Josh and Natalie are members at Canterbury United Methodist Church with their family. Josh is a basketball, football and baseball coach with his children. He has also served as a "big brother" for the Big Brothers Big Sisters of Greater Birmingham.