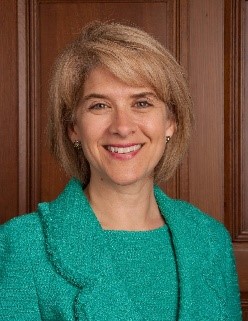 Jennifer Haltom Doan is a founding partner with HALTOM & DOAN, a boutique trial and appellate firm located in Texarkana, TX-AR.  Ms. Doan represents Fortune 100 companies and individuals in high-stakes matters throughout Texas and Arkansas. Her practice concentrates on complex litigation including product liability, intellectual property, antitrust, class action, personal injury and bet-the-company litigation.  She is double board certified in Civil Trial Law and Personal Injury Trial Law by the Texas Board of Legal Specialization.  Ms. Doan has received a number of awards including Best Lawyers® “Lawyer of the Year” in commercial litigation in the East Texas/Tyler metro area, Texas Super Lawyers “Top 50 Women in Texas,” Managing IP’s Top 250 Women in IP, ACQ Global Awards – IP Attorney of the Year – Arkansas, Global 100’s “IP Attorney of the Year – Arkansas” for 2019 and Benchmark Litigation’s “Top 250 Women in Litigation in the United States.”  She has also been featured twice as the “Litigator of the Week” by the American Lawyer as well as by the Texas Lawyer in Texas and The Recorder in California.

With over thirty years of experience as a trial lawyer, Ms. Doan has handled a diverse array of complex litigation.  She has served as lead trial counsel on behalf of large and small businesses as well as individuals.  Some of the cases she has tried in recent years include serving as lead trial counsel in defending product matters in multi-district litigation, securing complete defense verdicts in patent infringement cases for Hewlett-Packard, Amazon and Yahoo! Inc. in both Marshall, Texas and Tyler, Texas, and securing dismissals in patent cases for lack of standing and failure to prove patentable subject matter under 35 U.S.C. 101.  She has also served as lead trial counsel in enforcing a distribution agreement against an Arkansas bottled water company, as lead counsel in defending a large aluminum company against 374 residents claiming personal injury, medical monitoring, and property damage, and as lead counsel for plaintiffs in a large construction and mold contamination matter.  Doan has also successfully achieved complete dismissal for her client in a case involving an accident with a conveyor belt, and defended a young woman against an East Texas school district in a civil rights matter.

Ms. Doan is licensed to practice in Texas and Arkansas and in all federal courts in both states.  She has tried cases in federal courts in both states and in district courts throughout Texas and in circuit courts throughout Arkansas. She has also served as lead counsel on several cases in California and Pennsylvania. She has also argued appeals in Arkansas and Texas appellate courts, and the United States Court of Appeals for the Fifth, Eighth, Ninth and Federal Circuits, and handled appeals in the United States Supreme Court.  She has also arbitrated cases before the National Association of Securities Dealers.

·         Eastern District of Texas Bench Bar Meeting – “Best Practices for Getting to Yes.  Mediation Strategies and Tactics Through the Eyes of Those Who Know” – September 2019

·         East Texas Bench Bar Conference – “In the Age of Diminishing Trials, What Should Women Lawyers Do to Obtain Lead Counsel Status?” – October 2018

·         American Bar Association Section Meeting – “Snakes and Lizards and Crocodiles (Oh my!):  A Primer on the Reptile Theory of Trial Strategy” – April 2015