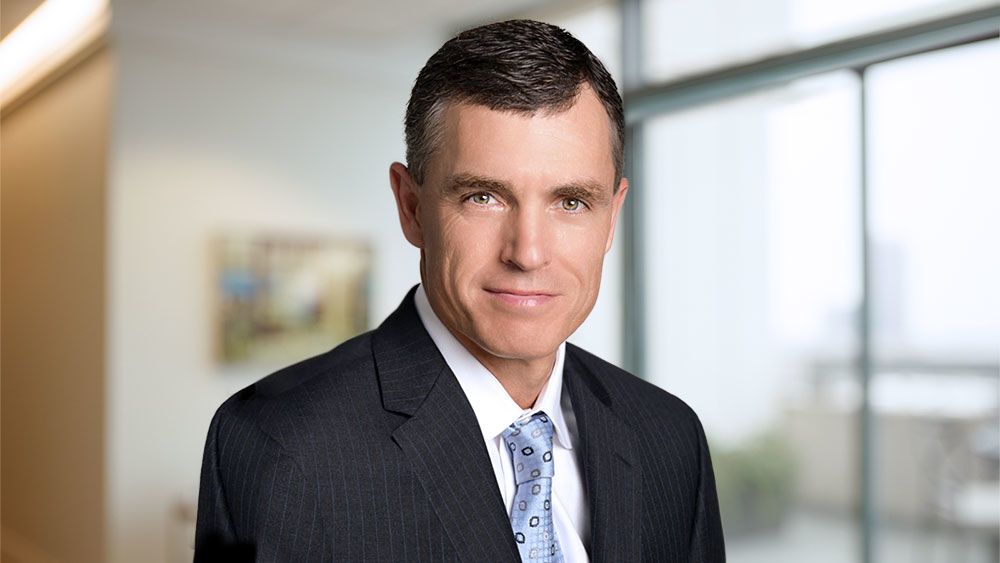 Burton LeBlanc, a Baron & Budd shareholder, is a powerhouse advocate for individuals who have been harmed by corporate wrongdoing, having begun his legal career representing victims of toxic exposure and workplace hazards. His lifelong commitment to service through the legal system was fostered by family as a child in his home state of Louisiana, a state where danger in the workplace was commonplace and expectations for most workers were of a life shortened by the necessity of making a living. Seeing this, Mr. LeBlanc knew that his life mission would be to seek justice for the downtrodden.

Burton LeBlanc’s passion for championing the rights of individuals extends to the national stage where he has served as president of the American Association for Justice (AAJ). As president of AAJ, the largest trial lawyer non-profit group in the United States, Mr. LeBlanc advocated for protection of America’s civil justice system and rallied resources when corporate interests attempted to infringe on individual rights. He is an adamant crusader for the abolition of forced arbitration and a supporter of the fundamental right to a trial by jury.

Burton LeBlanc has also served the Louisiana Association for Justice (LAJ) as past president, member of the Council of Directors, Board of Governors and the Committee for the Environmental Law/Toxic Tort Section. He currently serves on the Executive Committee of the LAJ.

Mr. LeBlanc’s extensive accomplishments are equally renowned in the courtroom, paving the way for his designation as one of the top 75 plaintiff’s attorneys in the United States by The American Lawyer (ALM Media, 2010), and his inclusion on the Louisiana Super Lawyers list (Thomson Reuters, 2008, 2012-2019). Today Mr. LeBlanc concentrates his practice in the areas of pharmaceutical, environmental law, securities and asbestos litigation. In addition to his work representing individuals, Mr. LeBlanc has successfully represented many governmental entities, including the States of Hawaii, Mississippi, Louisiana, and West Virginia in complex consumer fraud litigation.

He was part of the Baron & Budd team that pursued litigation on behalf of eight states’ attorneys general against GlaxoSmithKline regarding its fraudulent marketing of the diabetes drug Avandia, litigation which settled in 2013 for $229 million. In July 2013, Mr. LeBlanc was appointed to the Plaintiffs’ Steering Committee for In re: Fresenius Granuflo/Naturalyte Dialysate Products Liability Litigation, MDL 1:13-md-2428 (U.S.D.C. D. Mass.).

Mr. LeBlanc is a frequent lecturer and interviewee on the issues of environmental law, asbestos litigation, chemical exposure cases and the importance of access to the civil justice system. In November 2013, he testified before the Judicial Conference Advisory Committee on Civil Rules regarding proposed amendments to the Federal Rules of Civil Procedure.

In addition to numerous radio and television appearances covering such diverse topics as racism, the environment and opioids, including WNDC Radio in Baton Rouge in 1997 (“Environment and Race”), and Money 101 on KFWB Radio Los Angeles in 2014 (“General Mill’s decision to impose forced arbitration on its customers”), Mr. LeBlanc was featured in a December 2018 production of CBS’s 60 Minutes, where he was interviewed by Bill Whitaker for the segment “Opioid Crisis: the Lawsuits that Could Bankrupt Manufacturers and Distributors”.

Burton LeBlanc and his wife are active in the Baton Rouge community and serve on multiple boards, including Cancer Services of Greater Baton Rouge, where Mr. LeBlanc served as president.