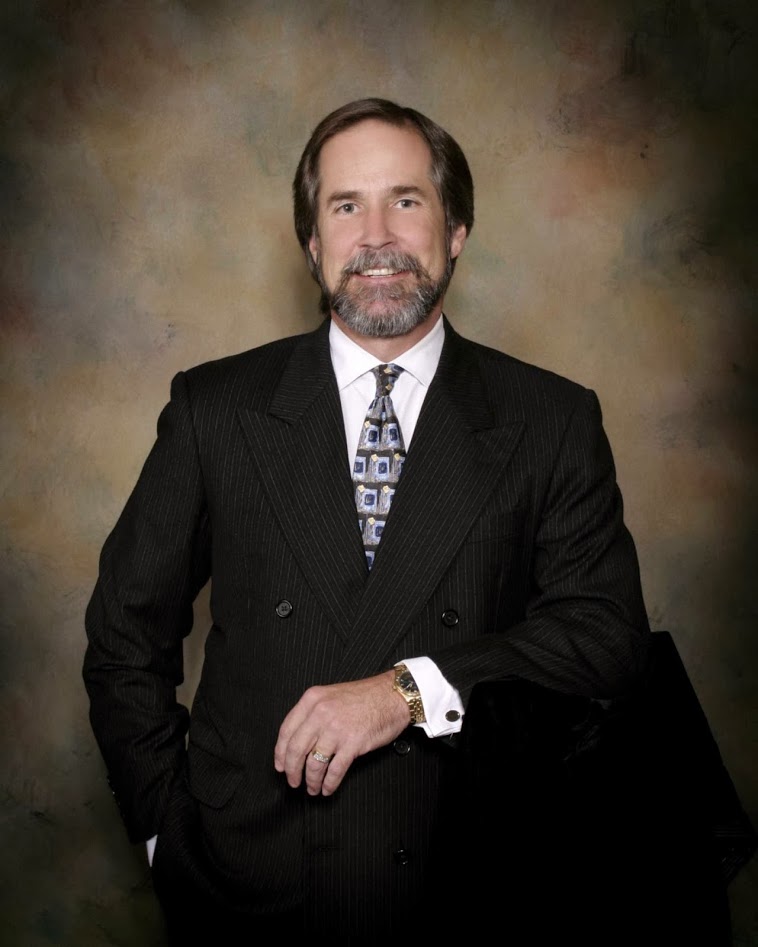 G. David Smith was born in Slaton, Texas and grew up in the farming community of Muleshoe.  He graduated Muleshoe High School in 1976 and went to college at Odessa Junior College in Odessa.  He was a nationally ranked debater while there.  He completed his undergraduate studies at the University of Texas of the Permian Basin, graduating with a Bachelor of Arts degree in criminal justice, political science, and communication.

David attended law school at Texas Tech University School of Law, graduating in 1983.  He worked as an investigator in the Texas Attorney General’s Office Consumer Protection Division while earning his juris doctor degree.  He was a member of the Delta Theta Phi legal fraternity.

Upon return to Odessa, David commenced working with the firm of Brannan & Pipes.  He started his own solo practice from 1984 to 1989.  During that time, G. David tried numerous criminal and civil cases, both jury and non-jury.

In 1989, David moved to Dallas to work for the James C. Barber law firm.  Thereafter, in 1990, he had the opportunity to open a solo practice in the Dallas area and later shared practice with Mark A. Ticer.  The practice involved personal injury, general civil litigation, and criminal defense work throughout the state.  He has tried cases across the state in numerous counties.

David moved his practice to his adopted hometown of Rockwall in 2002.  He practiced solo until his stepson, Ryan K. Lee, graduated law school and came to work for the firm.  In 2015, they formed a partnership, Smith & Lee, Lawyers, PC.  The firm provides personal injury and criminal defense services to their clients throughout Texas.

David became Board Certified in Personal Injury Trial Law in 1990.  He served as president of the Rockwall Bar Association in 2007 and is currently on its board of directors.  David has presented various topics on legal issues for continuing legal education and public awareness of the legal profession’s role in society.  He has been selected by his peers as a Texas Super Lawyer for nine years running.

G. David sits as Chairman of the City of Rockwall Board of Adjustments.  He is president of the Board of Directors for the Rockwall Housing Development Corporation d/b/a Northeast Texas Community Development Corporation, which provides affordable housing and assistance toward home ownership in a six county area.  He serves on the board of directors of the Grace Clinic and Grace Center for Community Development, which provides medical services to uninsured people in the Rockwall community.

David and his wife, Diane, have four grown children, two beautiful daughter-in-laws, four grandchildren, and their fur-baby Boudreaux.  They enjoy spending time with the family at their lake house on Lake Athens and are classic car enthusiasts.