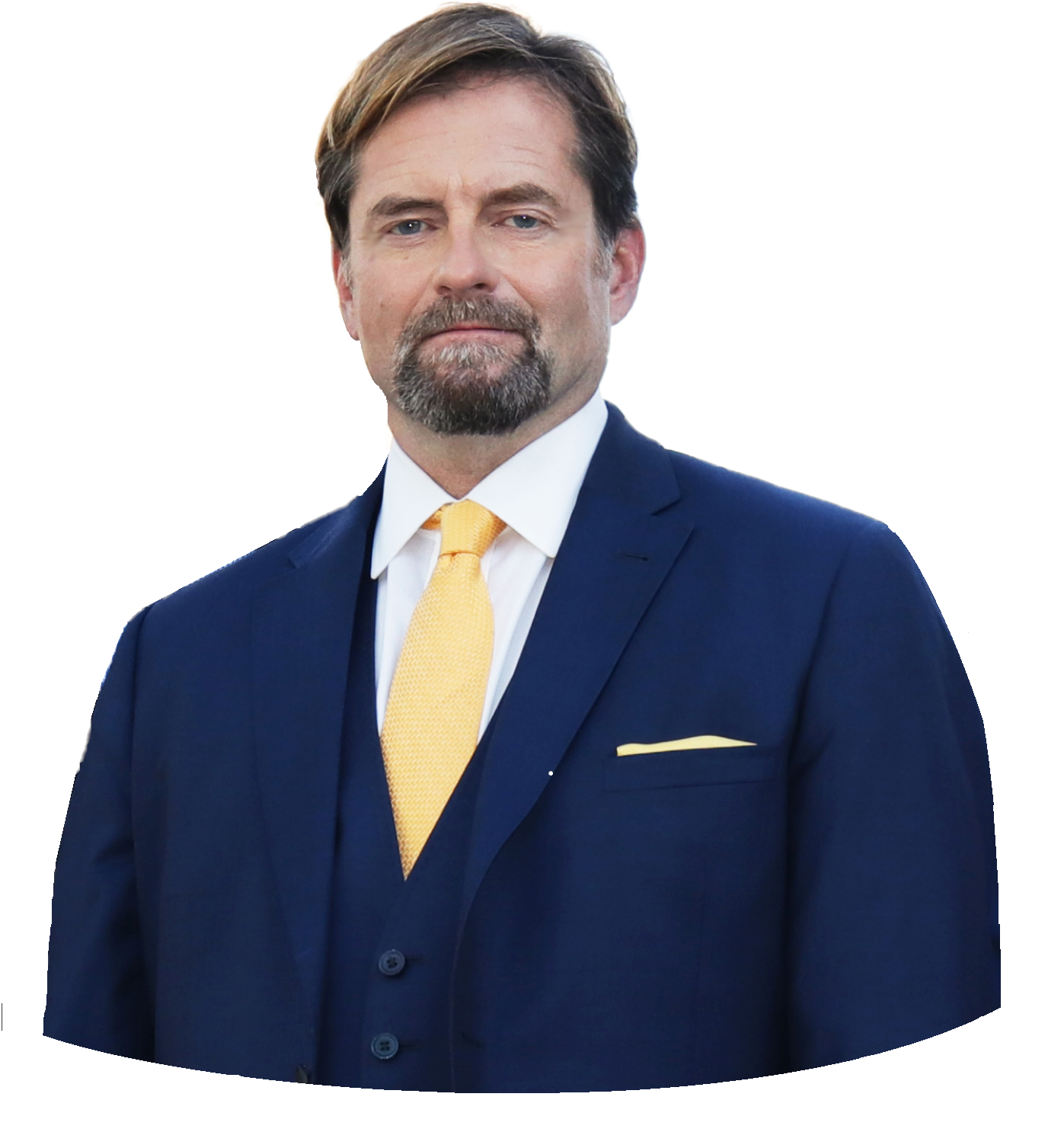 Recognized as one of the top plaintiff's lawyers in California and founder and Chief Legal Counsel of the Dolan Law Firm, Chris Dolan spearheads significant and challenging lawsuits filed in California state and federal courts against insurance companies, Fortune 500 companies, cities and other public agencies, and product manufacturers.

Under Chris’ leadership, the Dolan Law Firm has recovered hundreds of millions of dollars for its clients and become one of California's premier plaintiffs' firms serving clients injured due to the fault of another or were discriminated against or treated unfairly in the workplace.

Possessing a "history of winning multi-million judgments for his clients," as noted by the San Francisco Business Times, Chris has successfully tried over 50 cases and settled hundreds of lawsuits on favorable terms for his clients.

Chris' unparalleled success in civil litigation includes the largest verdict - $61 million - ever in U.S. history for individuals subjected to racial and ethnic discrimination and harassment in violation of their civil rights. The case involved two Lebanese-Americans who after 9/11 were repeatedly taunted by their manager and coworkers as "terrorists," "sand niggers," and other slurs.

Demonstrating Chris' passion for justice and commitment to his clients no matter the prejudice in society, Chris took the case after 10 other law firms, the NAACP, and ACLU all had rejected it. For his outstanding success in the case, California Lawyer magazine awarded Chris its prestigious California Lawyer of the Year Award.

Chris supervises all cases litigated by the Dolan Law Firm. He has obtained jury verdicts or settlements of more than $1 million in over 26 cases. Some of the settlements in these cases were in excess of $10 million but were confidential and cannot be listed. Significant awards obtained by Chris for his clients include:

·      $20 million verdict for a former Wyndham timeshare sales representative who was wrongfully terminated for reporting time share fraud on the elderly;

·      $6.5 million award for a motorcycle rider severely injured due to a dangerous roadway condition;

·      $6 million recovery in wrongful death action brought by husband whose wife was killed in a head-on collision due to the other driver crossing the center line;

·      $4.25 settlement for 13-year old boy who suffered permanent brain damage after being struck by a vehicle while walking in a crosswalk at a street intersection;

·      $2.5 million settlement for female employee of Fortune 500 company subjected to discrimination and termination for having protested the use of homophobic slurs and statements made in the workplace by senior company executives.

A Leader Among Trial Lawyers

Super Lawyers and Best Lawyers have ranked Chris as a premier personal injury and product liability attorney in Northern California. Chris has received a rating of AV Preeminent from Martindale Hubbell for very high ethical standards and professional excellence as evaluated by his peers in the legal community. For the last three consecutive years, the readers of SF Weekly have selected Chris Dolan as the best injury lawyer in San Francisco.

In 2010, Chris served as President of the Consumer Attorneys of California ("CAOC"), the largest statewide association of trial lawyers in the U.S. In 2013, the CAOC honored Chris with an award for his "many years of dedication, outstanding efforts, and effectiveness" in advancing the rights of the injured and consumers in California. In 2016, Chris served as President of the San Francisco Trial Lawyers Association ("SFTLA").

Both the CAOC and SFTLA have honored Chris with their Trial Lawyer of the Year awards. Chris has been nominated five times and selected twice as the SFTLA Trial Lawyer of the Year, including in 2017 with co-counsel Anne Costin for their outstanding success in the Williams v. Wyndham timeshare fraud and wrongful termination lawsuit.

Chris speaks at multiple California and national legal conferences each year educating lawyers on best practices in the courtroom and emerging trends in the law. Chris is often called upon as a legal expert for national and local television and radio programs including CNN, Fox News, Dateline NBC, and NPR. He also writes a weekly column for the San Francisco Examiner and SF Weekly in which he answers reader questions on new legislation and legal issues.

While obtaining the maximum financial recovery allowed under the law for his clients remains a constant focus of Chris' practice, he knows that justice means more than money. Working closely with his clients, Chris has forced cities and counties to fix dangerous streets and intersections and manufacturers to produce safer products.

"Since our business represents those who are harmed by the fault of others, I feel a moral obligation to try and reduce the number and severity of injuries," Chris states. "It’s not enough to represent people after they have been injured, those of us who do this work must strive to prevent harm."

For over 20 years, Chris has worked tirelessly on behalf of his clients to stop discrimination embedded in workplace policies and practices that caused them deep emotional pain and prevented their career advancement. In 2016, The Advocate selected Chris as one of the top 25 Attorneys Fighting For Trans Rights, helping transgender persons secure their equal rights.

In the words of the CAOC, Chris puts "his heart and soul" into preserving access to the courthouse for all Californians and "has worked unrelentingly to change" unjust laws. Chris frequently testifies before California legislative committees in support of legislation advancing consumer rights. In 2014, Chris played an instrumental role in convincing the Legislature to adopt a statute requiring ride share companies like Uber to provide $1 million in insurance coverage so that anyone injured due to the fault of a ride share driver would obtain just compensation for his or her injuries.