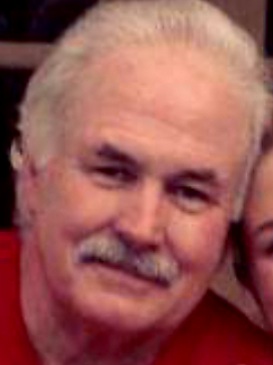 Andrew S. Herzog is an attorney with Parcell Webb & Baruch, P.C., law firm in Richmond, Virginia. A top-rated trial lawyer with more than 22 years of legal experience, Mr. Herzog provides unmatched representation and support to plaintiff clients throughout the state who have legal needs involving any of the following:

Over the course of his legal career, Mr. Herzog has recovered millions of dollars in settlements and verdicts for those suffering needlessly as the result of someone else's negligence or wrongdoing. Prior to becoming an attorney, he led a long and successful career as an aviator in the U.S. Marine Corps and the U.S. Navy, where he maintained responsibility for millions of dollars in aircraft and the lives of numerous service members.

Through his military service, Mr. Herzog gained an intense appreciation for hard work, dedication and selfless devotion to others, which have become hallmarks of his legal practice. Honored for his outstanding professionalism and legal abilities, he has earned many accolades and top rankings from his peers along with numerous testimonials and referrals from his satisfied clients.

Andy was born in Richmond, Virginia, graduated from St. Christopher's School in 1972 and graduated with a B.A. from the College of William and Mary. After college, he went on to have a long career as a Naval Aviator in the U. S. Marine Corp and U. S. Navy. While in the military, he earned an M.S. in International Relations, a Top Secret clearance, and was responsible for millions of dollars of aircraft and pilots on several continents. After retirement from the military, he felt the need to keep fighting for those who can’t.  His choice was law school was Regent University School of Law where he attained a Juris Doctor and admission to the Virginia State Bar and the United States District Court (Eastern District). While in law school, he was elected Class President and was awarded the "Trial Advocacy Award" by the Virginia Trial Lawyers Association. During law school, his youngest daughter suffered a brain injury at birth, that inspired him and allowed him to learn everything he could about Traumatic Brain Injuries. His representation of brain injured clients, as a result of personal injuries, medical malpractice or lead poisoning, centers first and foremost on the main priority of the client getting better. That entails tailoring the case around the particular type of injury, along with developing a good plan that is responsive to the doctors’ plans, therapies, and removes as much stress as possible from the injured client.  Andy understands the difficulties occasioned by the injury within the family and subsequent financial strains. This has allowed him to have cases referred from doctors, lawyers, churches and past clients. His years of flying and studying in the military allow him to also represent clients injured in aviation mishaps and occasionally consult on accident reconstruction from a pilot’s perspective.