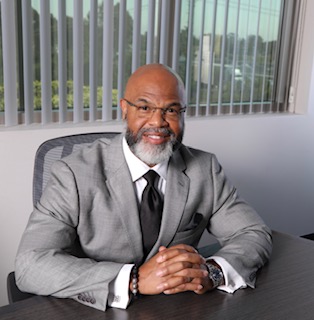 Johnny L. Hawkins, is a well-respected and highly sought after attorney, whose true passions center around his love for people, philanthropy and the practice of law. As a native, having been born and raised in Pontiac, Michigan, following his graduation from Pontiac Northern High in 1983, Mr. Hawkins enlisted in the U.S. Army and received an Honorable Discharge in 1987. Mr. Hawkins then graduated from Oakland Community College in 1990, Wayne State University’s School of Business in 1992, and then immediately went on to obtain his Juris Doctorate Degree at Michigan State University-College of Law in 1996. For the past 25 years, after passing the bar on his first attempt in June 1996, Mr. Hawkins has focused mostly in the fields of Catastrophic Personal Injury, Civil Rights-Police Brutality and Probate Law. Mr. Hawkins, as Principal Legal Counsel, has also handled Sports and Entertainment litigation related matters. In the Spring of 2017, Mr. Hawkins did successfully graduate from the Steve Harvey, Success Institute’s Personal Transformation Program; and then in the Spring of 2018, attended the “Spirit of a Man Retreat” with the one and only, Ms. Iyanla Vanzant.

Previously, Mr. Hawkins was honored to hold the position of Adjunct Professor on Oakland Community College’s main campus in Auburn Hills, Michigan; he has also served as a former Appointee to The State Bar of Michigan Law and the Media Committee; and in 2013, was the recipient of the prestigious Michigan Sate University-College of Law, Black Law Student Association’s 2013 “Robert L. Millender Visionary Award”. Additionally, Mr. Hawkins did create, manage and successfully run two (2) Independent Record Labels: True Substance Records and Sky Level Records as well as act in the capacity of both Executive Producer and Co-Producer on EP(s), complete albums, and various music video productions.

Presently, Mr. Hawkins has a very active and successful Personal Injury Law Practice located in Southfield, Michigan. He previously sat on the Executive Board for the Michigan Association for Justice (MAJ); in 2021, he earned the designation as Top 1% by the National Association of Distinguished Counsel; in 2019, was designated a Super Lawyer by Thomson Reuters; secured the Martindale-Hubbell, AV Preeminent-Peer Rated for Highest Level of Professional Excellence; proclaimed a Barrister, within the Order of Centurions, Fellow of the Litigation Counsel of America, The Trial Lawyer Honorary Society and Member of the Trial Law Institute and Diversity Law Institute; and has also been designated 10-Best Attorneys by the American Institute of Personal Injury Attorneys from 2016-2021. Mr. Hawkins also holds memberships as: Life-Member of both the Million Dollar Advocates Forum and Multi-Million Dollar Advocates Forum; Top Attorneys of North America 2018-2021; The National Trial Lawyers-Top 100 Trial Lawyers; The National Black Lawyers-Top 100; The National Trial Lawyers-Top 25 Motor Vehicle Association; The State Bar of Michigan-Master Lawyers Section; The Global Directory of Who’s Who-Top Lawyers; The Continental Who’s Who Registry of National Business Leaders; The Expert Network Distinguished Lawyer; Lifetime Member of the Black Entertainment and Sports Lawyers Association; and was included within the 2016 Lawyers of Distinction or 10% Best Attorneys in North America; Best Attorneys of America-Lifetime Charter Member; and Avvo-Pro/Superb Attorney Honoree.

Mr. Hawkins was also hand-selected by Cornerstone Media, LLC and Mr. Laurence Fishburne, and did appear in the Year 2020, as a Content Expert, on “Behind the Scenes with Laurence Fishburne”, in a Public Television Educational Special Feature entitled “Leaders of Law- Personal Injury & Civil Rights”.

Additionally, Mr. Hawkins is the creator of the Podcast “Vibrations with Johnny Hawkins” which launched in February 2020, as well as its spin-off, which is now growing exponentially, as a social media Public Facebook Group, affectionately referred to “The Vibe-Tribe”. Mr. Hawkins is also the acting CEO of Mighty Jon Entertainment, LLC, located in Southfield, Michigan, which is primarily an entertainment-based production, consulting and public relation services company. The firm also provides strategic artist and celebrity campaign management, agency and artist management, and business-legal consulting services.

Mr. Hawkins is also the acting CEO/President of Mighty Jon, a Michigan-Based, federally recognized 501(c)(3), established in 2014, to provide quality humanitarian services as well as mentorship services and resources to young boys and men of color living within the inner-cities of the U.S. (Please visit www.MightyJonYouthMovement.com).

And finally, Mr. Hawkins prides himself on his lifelong commitment to actively participating in meaningful causes, on both a national and international level, as a Philanthropist.